This page is for those USA Boer Goat Breeders who voluntarily wants to breed the Boer Goat in its traditional phenotypical SA Boer Goat form. Having said that, it is important to note that in South Africa, even though phenotype is important, equally important are, through strict and correct breeding and selection, the climatic adaptation ability and legion of other phenomenal traits that this animal has.

As for a quick reference to background, the SA Boer Goat, the SA Savanna and the SA Kalahari Red, are purely indigenous to Africa, bred in South Africa, for Africa and the world as a whole. These three species under the overarching name of “SA Boer Goat” have been bred, further developed, and perfected in South Africa by breeders over the past 49 years. These Breeders possessed phenomenal breeding ingenuity and, although mostly “untrained geneticists”, managed with distinction to apply the correct genetic principles. 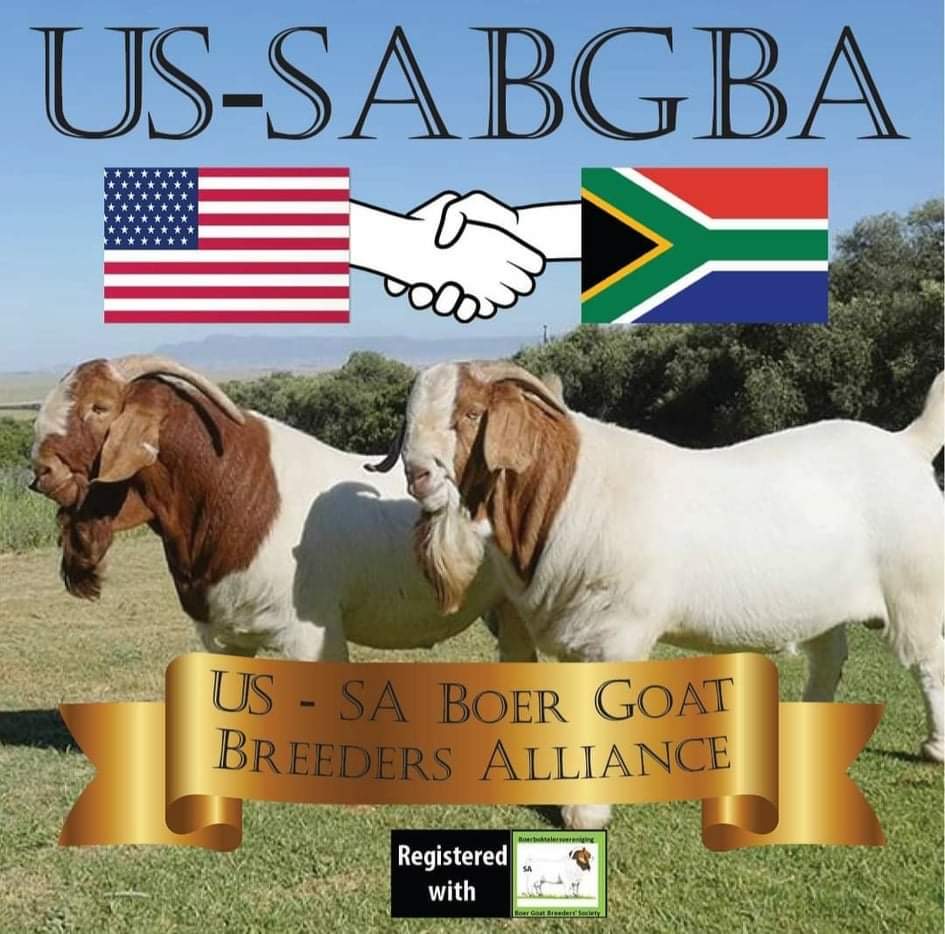